I do like Once Upon A Time. There’s a levity in this show. It offers a different version of famous tales and legends, with an additional layer of more or less dangerous adventures. I like this show because it makes me spend great evenings of escapism in more or less hazardous places. There’s humour, love, fantasy… It makes you feel good in the end. Besides, I’m always amazed by the writers’ ability to create stories that are connected each other and keep this pace during many years. Even if you can sometimes get lost in all these stories, you still enjoy them.

Over the course of season 1, I confess I got bored by the Mary Margaret and David love story. I was fascinated by Regina and Rumple. I felt sad for them as well because they went through hard times that made them turn into dark people. The relationship between Belle and Rumple was touching. Then the sexy pirate Hook stepped in. We figured out Peter Pan was a smart and nasty guy. As a matter of fact, I really enjoyed watching the episodes.

However, I started to have mixed feelings when I watched the second half of season 4. I felt empathy for Ingrid. Indeed, she only wanted to be loved and accepted, but she made the wrong choices to make her wishes come true. Besides, she didn’t hesitate to sacrifice herself once she realized she was wrong. I really appreciated this part using Frozen characters and I expected an interesting development with the Author quest and the alternate version of the Book. Unfortunately, the most promising element, to me, ended in the fastest way I could  ever imagine… 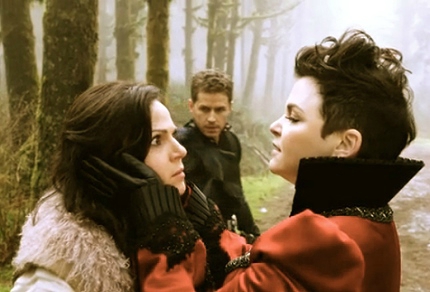 First, the three female villains, Cruella, Maleficent and Ursula didn’t really unleash their evil plans. They just appeared to make the story go forward until the season finale cliffhanger. Cruella was actually the craziest but honestly, she wasn’t given much time to jeopardize Storybrooke, like other villains did. She did kidnap Henry, but she didn’t get to be as evil as Regina and Rumple, or Peter Pan and Zelena. The shocking truth about Mary Margaret and David made them appear less charming, but that was interesting to see they had their shameful secret, too.

So, what do I think was wrong with the second part of season 4? Well, it’s all about the new version of the Book. The writers got rid of this version after two episodes. I wish this version could be at the center of the first half of season 5. There were so many fun stories to tell. The episodes could have focused on Emma and Henry traveling in the different worlds while they were trying to fix things. They could have met the alternate versions of several characters, been in trouble. We could have seen flashbacks that depicted what Isaac had imagined for the heroes and villains. Isaac and the Light One (with other people?) would have teamed up to stop Emma and Henry. We could have so much fun with Snow and her new hair cut, the sweet Hook, Rumple as the Light One (when I saw him in his new role, I laughed!), Regina Hood… Of course, the season 4 final scene would have been the same: Emma would have saved Regina from becoming the new Dark One. This would have been the main topic for the second half of season 5. It was difficult not to get confused with all the elements that were showed to us: time traveling, trips in various worlds, and multiple stories characters were dealing with. Some elements weren’t relevant for the season, I felt like they were just there to make an episode reach its 40-minute length. These elements avoided the development of some options. The Dark Ones’ darkness could have been the first possibility to explore. One day, we were in Storybrooke, the other, we were back in Camelot and from there, we were brought many years or centuries ago, and then, we were wandering in Merida’s kingdom. We’d been traveling back and forth for 11 episodes. We crossed paths with Merida, Arthur (didn't recognize sgt. Baxter from "Strike Back"!), Lancelot, Merlin, and Nimue, etc. Because of the information overload, some story arcs ended too fast and some lacked of consistency. Belle’s and Merida’s adventures were a striking example: our heroes, including Belle, were walking in the Camelot woods and Belle was suddenly taken “hostage” by Merida to help her fulfill a mission. It was strange that the other heroes who were with Belle didn’t even care about her disappearance (did they even notice she was gone?). Hum, how nice… And absolutely not credible. And what about Hook who changed his mind faster than his shadow?

Of course, I’m not saying that everything should have been removed. Maybe Merida should have been planned for a future story arc (in the same season or another). Or maybe the beginning of season 5 should have focused on Emma and cie. when they got in Camelot, and only flashbacks related to Camelot before the arrival of the Storybrooke pals should have been showed, instead of flooding the viewers with a mix of Storybrooke scenes and Camelot flashbacks before and after Emma’s arrival. 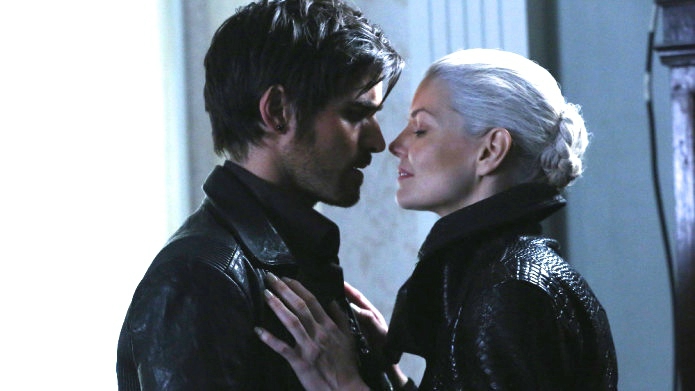 So now, Emma wants to bring her lover back from the underworld. Well, why not? I hope she will find and save him again. I don’t know why, but this situation reminded me the animated film Aladdin, and in particular the scene where the genie explains the young man he forbids himself to resuscitate people because this action is kind of disgusting to him. So I found it weird that Emma wanted to go to the underworld to search for Hook. Magic offers a lot of possibilities, but there should be a limit, right^^? Besides, well, this is my rational side that is speaking, when a dead person exits the underworld, what happens to his/her physical body that was buried in the real world? Does it just vanish?

Let’s finish with a paragraph about Rumple. I didn’t quite understand why he succeeded in removing Excalibur. I did understand he could do so because he showed bravery when he faced the bear/Merida to save Belle. However, can this one single act of bravery erase all the bad actions he committed over the centuries? I thought Excalibur would choose a person with a purer heart (but maybe I need to watch the episode again…). Despite Rumple happens to be sincere and do things without expecting something in return, there’s always that detail that makes him succumb to temptation. He’s not learning from his mistakes and lives for power indeed. Belle should leave him once and for all (come on, girl!) or accept what he really is. Rumple has become the expert in manipulation, but I don’t know if I could remain interested in this character if I see him misleading people and defeating them again and again. If he becomes invincible, does that mean evil is the only way out? What are the heroes gonna do?

Commentaires sur ONCE UPON A TIME, SEASON 5 (1st half)